JBS: A global culture of being the best 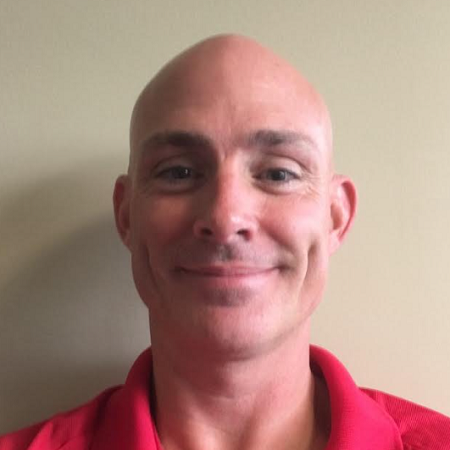 Dr. Turner oversees the operations of JBS Live Pork, the live swine production division of JBS-USA. JBS Live Pork is the 7th largest swine production system in the U.S. with 170,000 sows in production and marketing 3.7 million market pigs annually. JBS Live Pork has 450 company employees and maintains contractual arrangements with approximately 700 producer partners. Dr. Turner obtained his Doctor of Veterinary Medicine from the North Carolina State University College of Veterinary Medicine in 2000. Following graduation, he accepted a position at Livestock Veterinary Services in Kinston, NC as a swine consultant. In 2002, he joined Prestage Farms in Clinton, NC as their staff swine veterinarian. He was selected as the NCVMA’s Young Veterinarian of the Year in 2004, and was named to Pfizer Animal Health’s “10 Under 40” list of young veterinarians making contributions in swine medicine. He completed the Executive Veterinary Program at the University of Illinois, College of Veterinary Medicine in 2009. He was named the 2014 Swine Practitioner of the Year by the American Association of Swine Veterinarians and has served on their association's Board of Directors as the District 2 representative. Dr. Turner serves on the Board of Directors of the Swine Health Information Center. Dr. Turner joined JBS in September 2016 and is based out of the Greeley, Colorado JBS-USA corporate office. 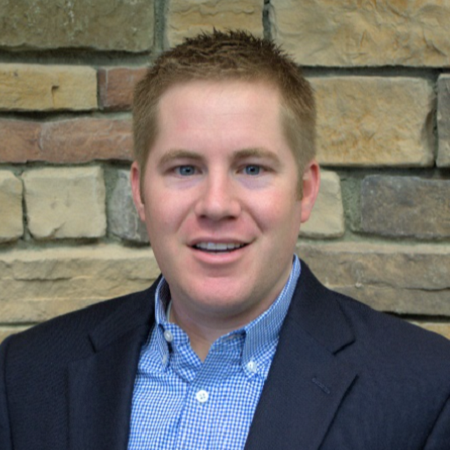 Dr. Kyle Coble is the Director of Nutritional Services for JBS Live Pork, Greeley, CO. In his role, Dr. Coble is responsible for all aspects of nutrition for 175,000 sows and 3.8 Million market pigs, annually. He provides leadership for a team that develops and implements nutrition programs, oversees internal and external feed milling operations for more than 1.5M tons of feed, manages feed ordering and delivery, completes internal R & D efforts, establishes ingredient specifications for procurement and other related activities. Originally from Arkansas City, KS, Dr. Coble graduated from Oklahoma State University in 2010 and 2012 with a B.S. and M.S degree in Animal Science and K-State in 2015 with his Ph.D. in Swine Nutrition. After completing his PhD, he joined New Fashion Pork, Jackson, MN as a Nutritionist, Research Manager, and Production Specialist where he completed more than 150 research projects with over 300,000 pigs. In 2018, he was hired by JBS Live Pork, as the Director of Nutritional Services, to internalize and develop their internal nutritional services department that he leads today. 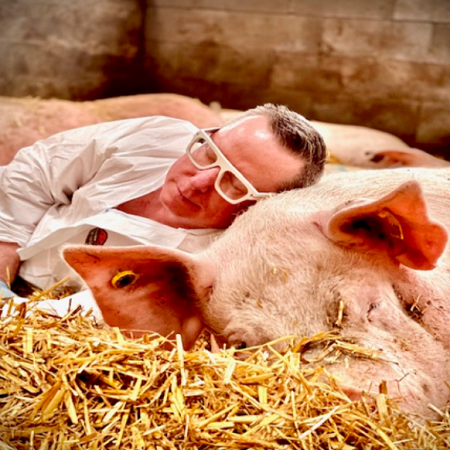 PJ has spent his entire career forging world class results with every step from managing large sow units in North Carolina, to working internationally with PIC and his own consultancy firm where his involvement in well over 2 million sows was driven by delivering results based upon proven protocols, system maximization, people development and biosecurity implementation and execution. PJ joined JBS in his current role in September, 2021.

Besides the family’s Century Farm near What Cheer Iowa that includes row crops and wean to finish operations, PJ resides with his wife and family in Ames, Iowa. 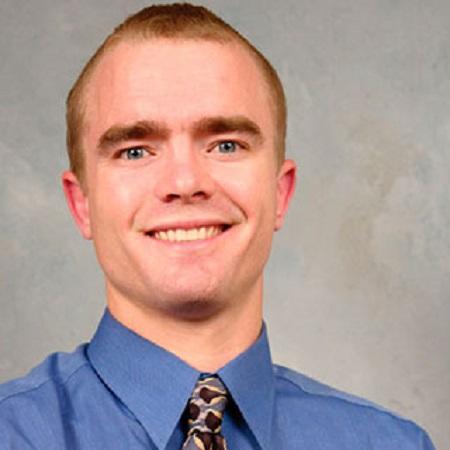 Dr. Madson is Head of Veterinary Services for JBS Live Pork and works with a tremendous team of veterinarians to manage the health for 170,000 sows worth of production in eight states in North America. Prior to this position, he was veterinary diagnostician at Iowa State University. He received his D.V.M. degree from the University of Minnesota in 2004 and PhD in veterinary pathology from Iowa State University in 2009.

PRRS resistance through gene editing - The path to market 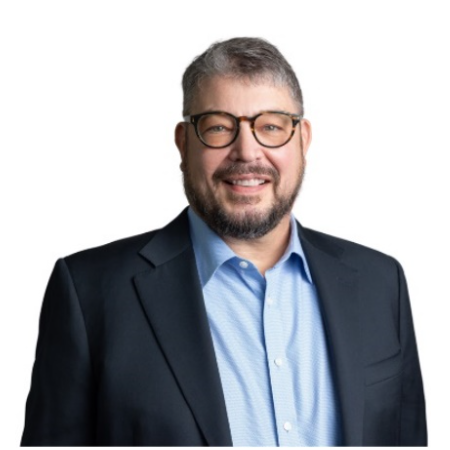 Bill Christianson has a deep understanding of agriculture and biotechnology with broad industry knowledge and extensive commercial and global experience. Bill has a DVM and PHD in Veterinary Medicine from the University of Minnesota.

Bill joined Genus in 1993 and subsequently worked in operational roles spanning Europe, South America and the US, before becoming General Manager of PIC North America in 2007. Bill led the combined ABS and PIC business across the Americas from 2010 before becoming COO of Genus PIC in 2012. 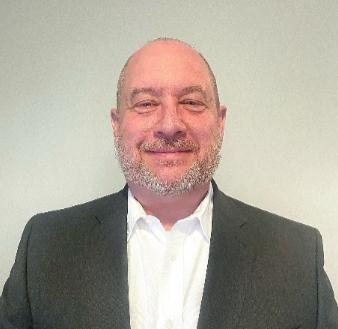 Matt was born and raised on a swine farm in Western Illinois where he gained his initial experiences within the swine industry. After graduating from Oklahoma State University (BS - Animal Science) and the University of Georgia (MS, PhD – Animal Breeding and Genetics), Matt returned to the Midwest and worked for Heartland Pork Enterprises where gained experience supervising a range of activities from technical operations to production to business development and transportation. In 2002, Matt moved to North Carolina and began working for Murphy Brown/Smithfield Foods where he managed their internal genetics program as well as technical operations (nutrition, veterinary programs, etc.) for their Eastern operations. In 2011, Matt joined PIC and currently serves as Global Director for Product Development and Technical Services. In this role, Matt leads a global team focused on continually accelerating the creation and delivery of superior swine genetic products and technical support for PIC customers around the globe. 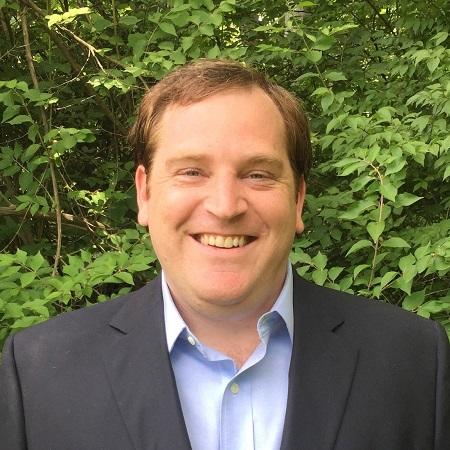 Prior to McDonald’s Banks established a regenerative agriculture research department for a private operating non-profit foundation and managed farms and ranches across the United States.

Banks has an undergraduate business degree from Warren Wilson College and holds master’s degrees in agriculture and business from Colorado State University and The University of Notre Dame.

Banks lives in Chicago with his wife Shelby and their dog Hoover. 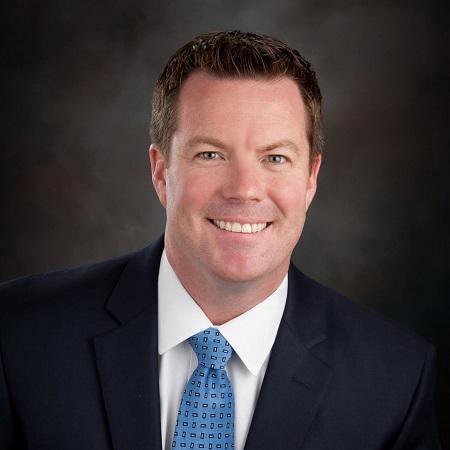 Ryan has held various positions in Business Development and Risk Management over the last 19 years (14 with StoneX, 5 with Land O’Lakes). With a “Customer First” focus, he and his teams develop products and services to help create wins for the customer, the industry, and the company. In his current role as Regional Director, he oversees a team of seasoned trading professionals that is expanding into segments and geographies that are under-represented and focused on making StoneX the choice for clients looking to access markets with efficient execution and industry-leading expertise. He has also served as a seat holder on the Minneapolis Grain Exchange and is involved in various committees all geared towards creating opportunities for Rural America. The Minneapolis team he is a part of is looking to utilize technology to shape the Ag service business of the future and looks to spend the rest of his career in the value-added Ag sector. In his free time, Ryan enjoys spending time with his son, coaching various sports, hunting, fishing, and working with his family on their 4 th generation corn and soybean farm in Iowa. He is a 2003 graduate from Iowa State University with a degree in Finance and Accounting. 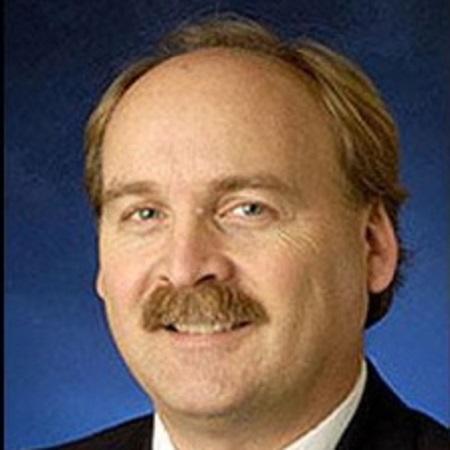 Dr. Torrison is a veterinarian and diagnostician with over 30 years of post-graduate experience. He recently joined Longhorn Vaccines and Diagnostics, Ltd. as Senior Vice President of Animal Health after leading the University of Minnesota Veterinary Diagnostic Laboratory as Director since 2016. His research has focused primarily on diagnostic approaches and disease surveillance and control methods for viral diseases of pigs. He has served on multiple regional and national animal health and agriculture boards as well as industry advisory panels. He has worked in private practice and industry, including extensive international veterinary consulting.